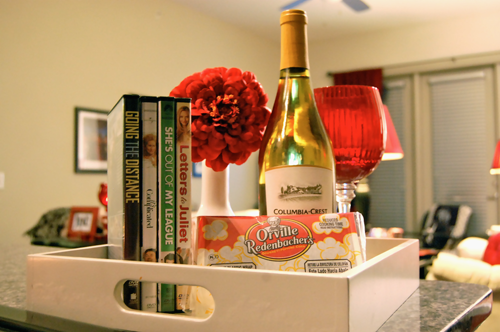 Being single occasionally has its perks. There always hot water in the shower, no one ever cancels your scheduled DVR shows, and you don’t get an exaggerated eyeball roll when you try to open a bottle of white. (Seriously, who propagated the lie that it’s not macho for guys to drink white wine?!) Lazy Friday nights are one such perk. You can wear jammies, drink wine and watch all the rom-coms you want without catching any grief!

Tonight I went over to Blockbuster, my favorite place to buy previously viewed DVDs. Enticed by the 2 for $20 action they had going on, I splurged and picked up four chick flicks I have been dying to own. $40 for DVD, I admit may not be the best allocation of my budget. But since three of them (Letters to Juliet, It’s Complicated and She’s Out of My League) I’ve already seen/rented at least 3+ times, I figure it would be a cost savings in the long run.

A little Washington White (gotta love Colombia Crest Chardonnay!) and a 100-calorie pack of Orville Redenbacher (mixed with M&Ms, of course.) and I’m on my way to a fantastic lazy, single Friday night! Now if I just had a bath tub…

What do you do to unwind after a long week of work?

Recreate the Stargazing Date from the New Twitter Video 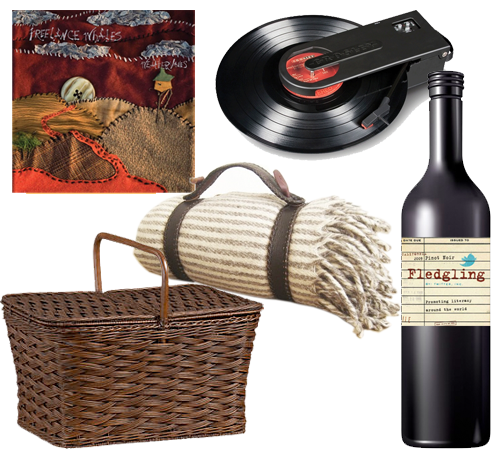 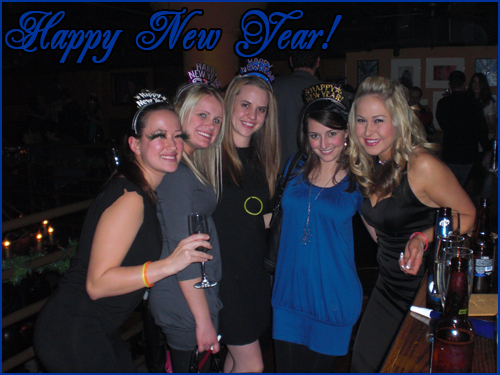 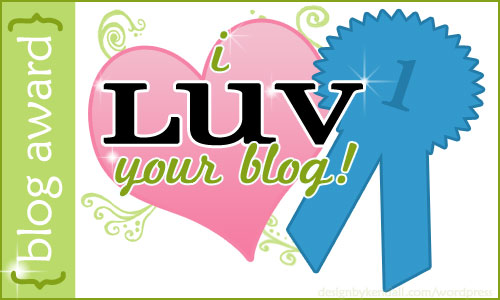