I wrote this post back at New Year’s when we were at the ranch but totally forgot to publish it! November/December was a great haul so I decided to go ahead and publish a little late.

Most of what I bought in November and December were Christmas gifts. The only exception was a bedroom set that I bought on Craigslist instead of FBMP.

I purchased this first thing in November as a present for Annabelle for Christmas. If you’ve never seen a Ponycycle in action you should watch a video. It’s like a bike and horse combined. I have seen them before at A Christmas Affair but never thought I’d actually buy one.

Once I saw what good condition this one was in and the price I knew I had to have it. (These normally retail for $250+.) Annabelle is very into horses after watching the movie Spirit, so I thought this might go over well.

This ended up being her very favorite Christmas present she named it Superduperstar and cares for it better than any toy we own!

My mom found and fixed up a used tricycle she bought at a garage sale and Annabelle has been loving it. I decided I wanted to get both the kids tricycles for Christmas but given the large availability on FBMP I decided it wasn’t worth it to buy these new. I found this one for Annabelle that was listed as “like new.” The pictures were good too.

Unfortunately, when I went to pick it up the woman wasn’t wearing a mask and just sort of forced it into my trunk without me being able to inspect it. I paid her then she went back to her apartment. I got out to inspect it further and it was very far from “like new” condition.

I was bummed but it was a good reminder to inspect before you buy and don’t go in with the idea that you are 100% going to buy something.

After being disappointed with the first trike I purchased for Annabelle, I went on the hunt for a better one. I found a better looking very lightly used model for even less money, so I scooped it up. I peeled the sticker off the back and put Annabelle’s name on it to make it special for Christmas morning.

This tricycle for Callahan converts from a pushcart to a full tricycle. Cal loves to try to ride Annabelle’s, so I knew he’d love it, and I love that he can grow into it. It was listed for $55 (retails for $69.99 new) but I talked her down to $35. It was in excellent condition so I felt good about the purchase.

This was my very best score of the month! My mother-in-law has one plate of this Johnson Brothers Merry Christmas pattern. She had mentioned several times that she would love to have a set of these plates. I have been looking for them for three years, but have never seen more than two available for purchase at a time and never for less than $20 to $40 per plate.

One early morning in mid-December I got a FBMP alert on my phone. I messaged the seller immediately and made sure the price was for all the plates, not just one. By noon I’d scooped up the whole set. They were in pristine condition. On Christmas, my mother-in-law was so surprised, she actually teared up! It made me so happy to be able to surprise her!

This was my only major home purchase this month! I have been in need of a dresser since I sold mine before Annabelle was born three years ago. I had been searching for a matching dresser and chest of drawers specifically. Though this set wasn’t the set of my dreams, the price was right and it had so much storage I figured it would serve as a great placeholder.

For $125 I got a dresser, chest-of-drawers, headboard, mirror and bedside table. I didn’t need the headboard or bedside table so I ended up selling those on FBMP for $40. I also sold Andrew’s old dresser for $50 so I actually only ended up being out $35 for a serious storage upgrade!

I balanced out all my Christmas buying this month by doing a lot of selling as well. Andrew says we have a one-in-one-out policy at our house, and with storage space waning I agree!

After buying a new dresser set, we needed to get rid of our old chest-of-drawers. This one went quickly, posting and selling on the same day!

This pop-up play yard is one of those listings that sat up for weeks without a hit. When I got one I responded quickly and made myself available to meet the buyer up north for the exchange. Doing so allowed me to sell it for only $5 less than ask, something I was proud of given how long it sat on the market!

After buying a bedroom set on Craigslist, we needed to sell the pieces we didn’t need. It took a few days, but I ended up selling this headboard and matching nightstand for $40.

Andrew can’t own a truck without big ass tires. So after buying his new Tundra he wanted to sell the tires that came with his truck. This was a listing that got a lot of low ball offers, but we stayed firm and ended up selling the tires for just $5 less than ask.

I loved this little stroller and it was one of the first “baby” things I decided to let go of. I have cute pics of both my kids in this cart and it was a lifesaver for the infant stage. I might have even cried when I sold it.

This one took a while to sell. I started the price at $50 and relisted it several times and ended up selling for $20. I hope the new owner loves it as much as I did!

After purchasing the Pottery Barn Charlie Kitchen for Annabelle for Christmas last year, we found that the sink was cracked. They ended up sending us a whole new unit and we kept the second base to create a workstation, pictured below.

This stovetop set sat in our garage for a full year before I decided to put it up for sale. It went quick, selling the same day I posted it!

At Christmas I got a new, smaller Keurig from my mom. Previously I had this Keurig Vue which was large, bulky, and needed an adapter to use K-Cups.

I posted this on Christmas day and had it sold before dark!

Andrew and I both bought new cars in October. There was a snafu with his truck so we ended up having to wait to sell his Tahoe until December. In what ended up being the most time-intensive FBMP sale ever, Andrew finally got rid of the Tahoe!

I mistakenly bought this set of 5 Blue Willow plates after errantly placing a bid on ShopGoodwill.com. I thought I was bidding on a set that was Churchill brand to complete my set. These were smaller and didn’t match so I decided to sell them. I bought them for $15 and sold them for $26 so the mistake ended up turning me a $11 profit!

Overall, November/December made for a pretty good haul! Do you enjoy seeing these? What are you keeping your eye out for next month? Share in the comments below. 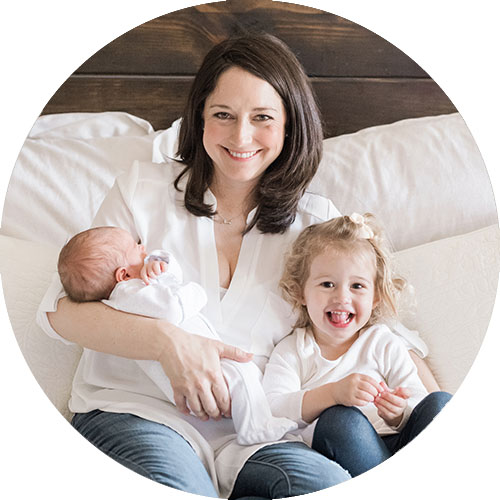 Happy May Day! Loved sneaking away for lunch to se

Feeling lucky I get to spend this whole weekend wi

Andrew and I decided to get each other new patio f

So proud of my little ballerina on her first recit