Last May, my friend Samantha and I hosted a Sex and the City Movie Premiere Party. With a small budget and a large guest list we set out to create an A-List party on a shoe string budget. 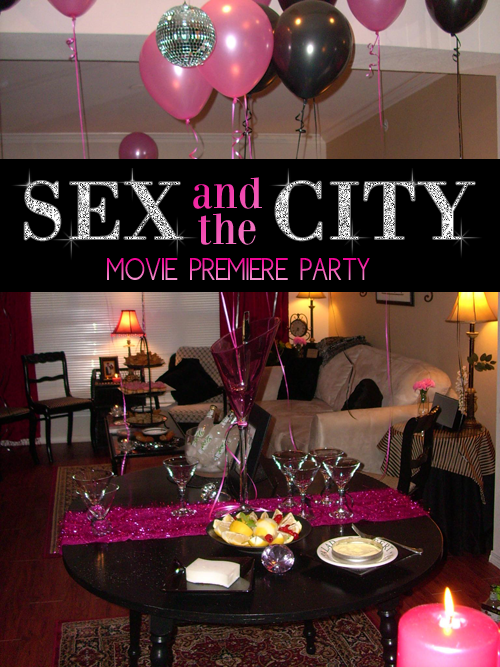 Movie studios spend hundreds of thousands of dollars throwing glamorous premiere parties to promote their newly released films. With a little determination and a lot of creativity you can throw a Hollywood worthy premiere party for a fraction of the cost.

Party Decor
Movie premiers are glitzy in nature, but a movie like Sex and the City ups the ante when it comes to glam. Start planning your décor by selecting a color palette. Take cues from the movie poster and movie website. For the Sex and the City party, our color palette consisted of black, white, hot pink and sparkly! Our inspiration board included Chinese takeout boxes, Manolo Blahnik shoes, engagement rings, the New York City skyline and, of course, martini glasses. We worked these details in to the party decorations and menu. 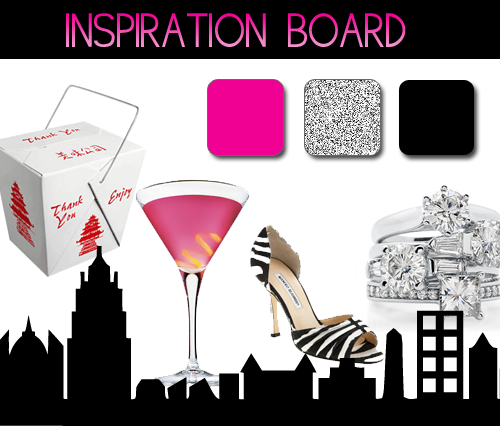 Cocktails
A signature cocktail is a must-have at your premiere party. Choose a drink that fits with the theme of the movie. No real theme or can’t think of a good cocktail to coordinate? Make up your own! The obvious choice for our party was the drink made famous by the SATC television show – the Cosmopolitan. We pre-mixed the drink and served it with a ladle out of an over sized, pink martini glass. We framed the recipe and placed it on the display for decoration.

With no budget for a bartender, we created a mini garnishing station where guests could rim their martini glasses with colored sugar and add garnishes such as lemon wedges and cherries. As an alternative to the Cosmos, we served Bacardi mojitos. 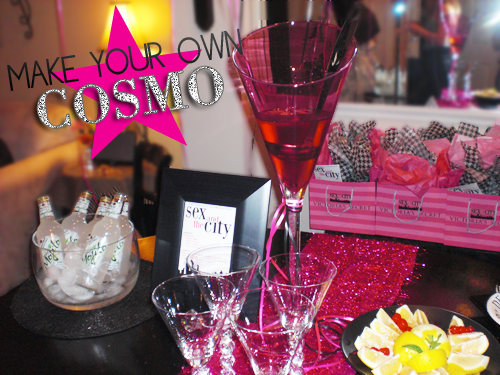 On the Menu
When planning your menu, consider the main locale of the movie. A setting like New York City presented a world of opportunities. After throwing around a few ideas, we decided to go with Chinese food. I mean, what is more New York than Chinese takeout?

For a mere $40, a local Chinese takeout restaurant provided me with enough pot stickers, sweet and sour chicken and spring rolls to feed the entire party. It’s amazing how you can get a break on price if you just ask and mention that you’re on a budget! Throw in some home-made cupcakes and ouah-la! Menu set.

Candy Bar
Could there be a better occasion for a candy bar than at a movie premiere party? Though we didn’t get any pictures of ours I’ll set the scene: Samantha decorated black Chinese takeout boxes ($0.79 each from Party City) with pink ribbon and SATC logo labels. We asked guests to bring a bag of their favorite candy. As they arrived we sorted them into bowls, and just before we left for the movie everyone made a bag of treats to snack on at the theater. 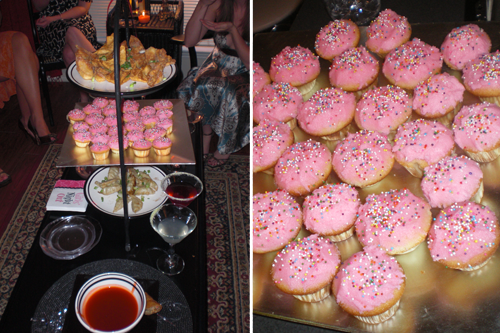 Party Activities: Trivia
If hosting a party for a TV show or book turned movie it is likely most of your guests will already be fans of the flick you’re about to attend. Test your guest’s true fandom by playing a trivia game. In this case, luckily, a trivia game was already created for us! To make it more game-show-esque we posted cards in categories and played the game jeopardy-style with teams.

The categories we invented were:

Games like this are a fun way to get everyone pumped up about the movie. Trivia game winners walked away with a six-pack of Bacardi mojitos!

Not Manolos, but just as cute!
We wanted everyone to dress as fabulous as our party, so we noted on our e-vite that the event would require cocktail attire. As encouragement, we also announced that we would be giving a prize to the guest who wore the cutest shoes. After the trivia game, we had guests vote on who was wearing the hottest heels. Samantha, my co-host, won with a pair of hot-pink satin shoes. They were fabulous! 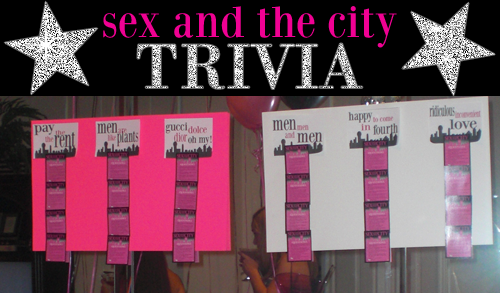 Party Favors
Any celeb would tell you, every movie premiere comes with a fabulous swag bag. Wanting our guests to feel like they were at the real thing, we made our minds up that we had to give out some sort of loot. Only problem: we had no budget for party favors!

In our case, being cheap ended up being a huge blessing! We were able to create these fabulous party bags for next to nothing! Here’s how: 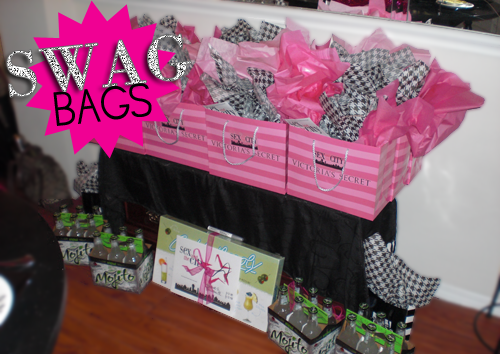 Here are some tips that didn’t fit anywhere else in the post. Good luck! 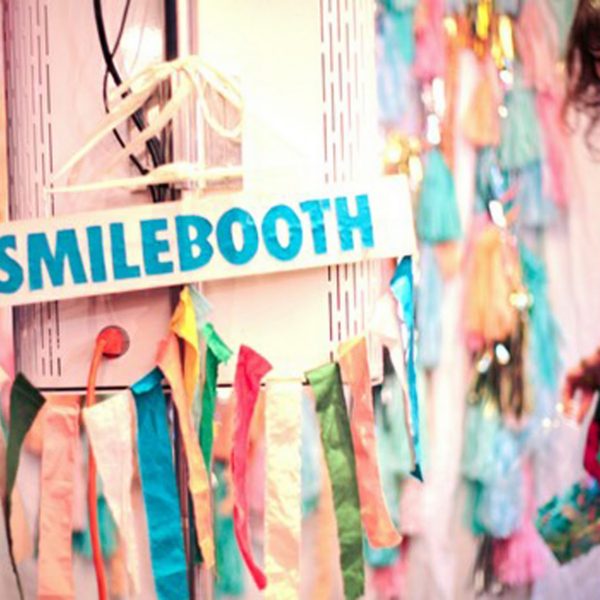 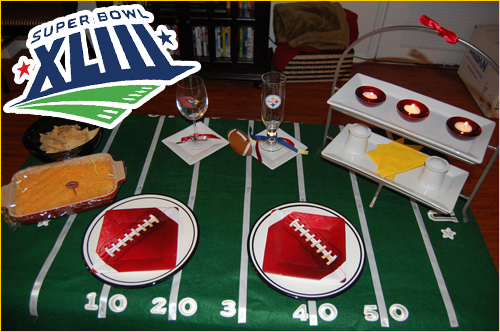 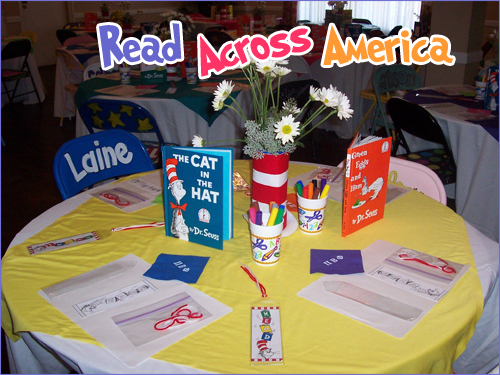