Unlike hot dogs and ketchup, sangria and empty stomachs are not a good combo. Knowing we were in for a two-hour premier I wanted to serve substantial food beyond the usual appetizers.

Hot dogs were the obvious entrée choice and I’ve been dying to do mini mac & cheese for a while. I also dreamed up Bachelorette themed cupcake toppers so I rounded out the menu with a sweet cupcake finish. Throw in some chips and a veggie tray and voila… a perfect dinner for 10 in front of the TV! Pictures and recipes after the jump!

To keep it simple I decided to boil the hot dogs and heat the buns in the oven. Follow these instructions for perfectly boiled dogs!

Fill a medium saucepan three-quarters full of water; bring to a boil. Add hot dogs, reduce heat to simmer, and cook until hot dogs are plump and heated through, about 6 minutes. Serve with your favorite condiments.

Knowing that hot dogs are not the most healthy dinner choice I did my best to make the side dish acceptable for my calorie conscious guests (aka me). I chose Martha Stewart’s recipe for Lighter Macaroni & Cheese and even used 35 calorie bread! The original recipe calls for tomatoes but I chose to leave them out.

The result? It was definitely not as rich as normal mac & cheese but it was still exceptionally tasty. Plus the mini ramekins ($1 a piece at Pier 1) were adorable and allowed for perfect party portions. The recipe made more than enough and it filled 12 mini ramekins plus a small casserole dish. Actually, I’m craving the leftovers in my fridge right now! Props to my sister who was sweet enough to cook this dish for me!

Lastly, I served these cute cupcakes for dessert. I attempted to ice the cupcakes differently than normal, using a star shaped icing tip.

I used “fluffy” icing for the green and blue cupcakes and regular for the pink. In my opinion, the pink turned out much better!

For more pictures, see my flickr album “Hot Dog! The Bachelorette is Back!” or the original post on the party.

Hot Dog! The Bachelorette is Back! 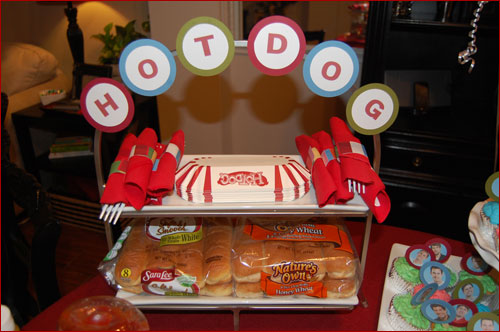 How To Get Entertaining/Party Books for Free 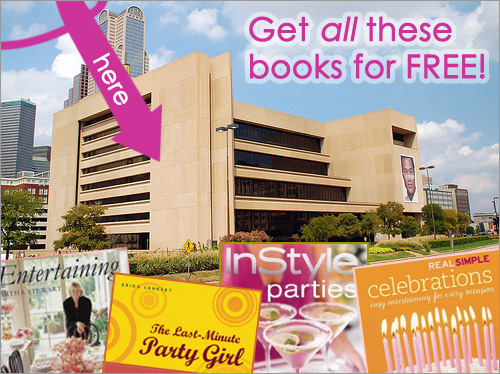 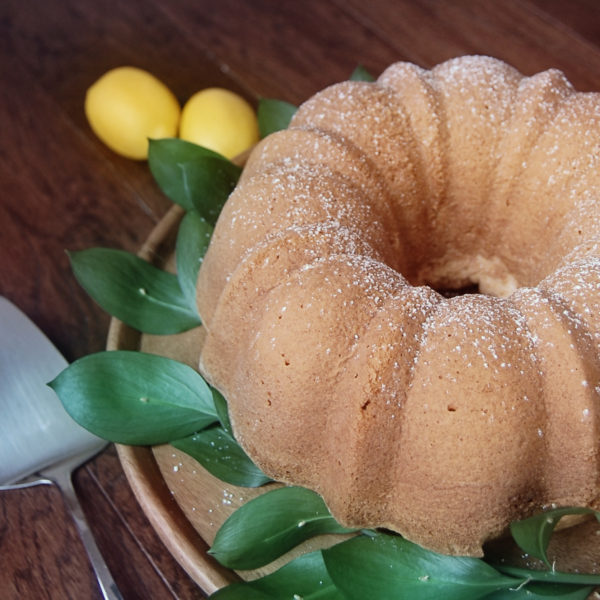